The latest news and updates on the bail Bond industry. 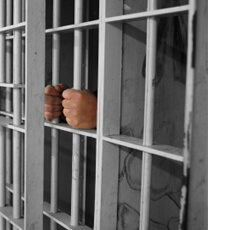 A bail bond is a legal arrangement made by a convicted to appear for a series of trials or pay the whole sum of money set by the judge. The bail bond is co-signed by a bail bondsman, who credits the prisoner a fee to obtain the ransom.

If a person is charged and arrested for a serious crime, they must wait for a bail hearing, during which the judge weighs the charges and circumstances before concluding the size of the bond. If the defendant cannot pay the bail fee, they may remain in custody or employ a bail bond agent until their court date.

Why is it important?

The principal function of bail bonds is clearing the bail to get the defendant out of police supervision. Bail bond agencies take a minimum percentage of the actual sum set by the judge, which is a non-refundable amount, also known as the “premier.”

• Have a question? Frequently Asked Questions

• Find A Location Near You

• How Does the Bail Bond Service Work?

• Who Do I call 1st when I get arrested?